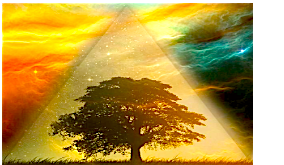 No one can successfully rule over the forces of the earth without first becoming a ruler over his or her own body and its intrinsic forces. Either you are ruled or you are a ruler. If your body and its senses rule over your mind then your mind is their subordinate. Those who are thus ruled cannot rule over this life’s circumstances with wisdom. Before one can become wise one must have the gift of understanding, which absorbs knowledge.

By knowing God’s true intent we conclude according to His logic and foreknowledge; thus we acquire His knowledge as opposed to our own speculations from which emerged theology.

1. [Genesis 1:28] God blessed them; and God said to them, “Be fruitful and multiply, and fill the earth, and subdue it; and rule over the fish of the sea and over the birds of the sky and over every living thing that moves on the earth.”

This was the original plan and intent and that’s what happened later.

2. [Genesis 3:22-24] Then the LORD God said, “Behold, the man has become like one of Us, knowing good and evil; and now, he might stretch out his hand, and take also from the tree of life, and eat, and live forever”—[23] therefore the LORD God sent him out from the garden of Eden, to cultivate the ground from which he was taken. [24] So He drove the man out; and at the east of the garden of Eden He stationed the cherubim and the flaming sword which turned every direction to guard the way to the tree of life.

God did not want the transgressors, with the ability to choose and awakened desire for life, to reach for the fruit of the Tree of Life and live forever in their transgression. A sincere repentance had to be provided otherwise God would not be called a righteous God. Adam and Eve had to be taught knowledge in which they BECAME as God Himself.

The Tree of Life had always awaited them and it awaits us. But the conditions God outlined for us must be met first; only then we will be permitted to eat of it and live forever.

Second reason was to push them out into the world was to fill the earth with their kind.

This knowledge is powerful and so liberating. Therefore we conclude with these two verses: [Deuteronomy 30:19] “I call heaven and earth to witness against you today, that I have set before you life and death, the blessing and the curse. So choose life in order that you may live, you and your descendants.” [Malachi 3:7] Return to Me, and I will return to you,” says the LORD of hosts.

[Jeremiah 3:15-16] Then I will give you shepherds after My own heart, who will feed you on knowledge and understanding (…) “they will no longer say, ‘The ark of the covenant of the LORD.’ And it will not come to mind, nor will they remember it, nor will they miss it, nor will it be made again.

In order to know someone you must first start with understanding that someone. Without understanding you cannot know or gain knowledge.

[Proverbs 14:6] A scoffer seeks wisdom and finds none, but knowledge is easy to the one who has understanding.